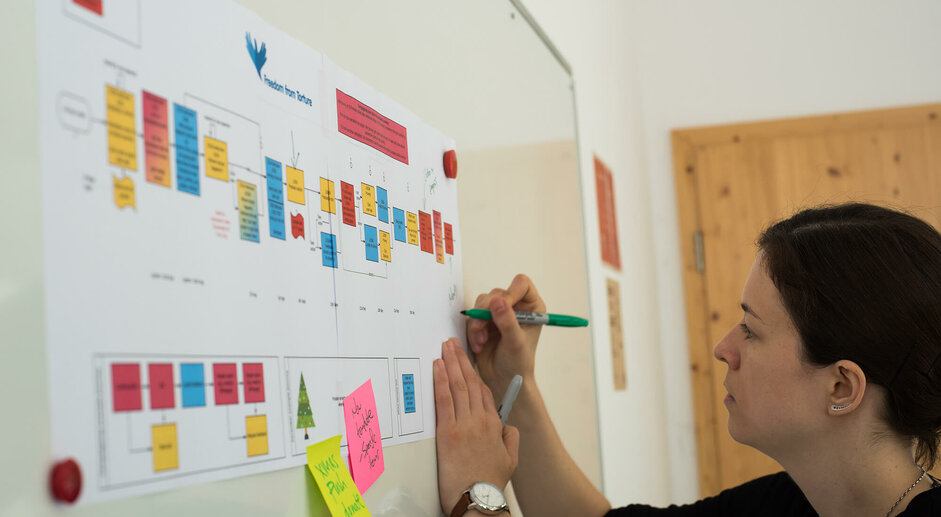 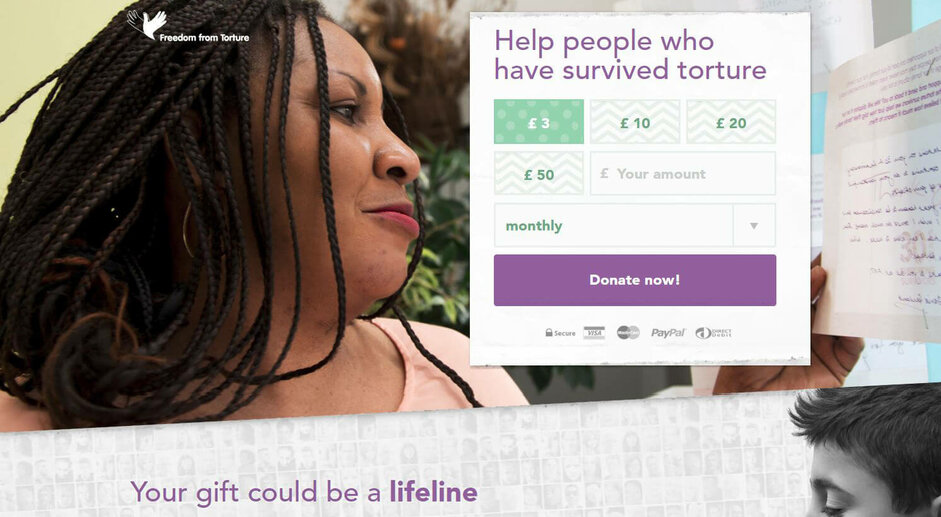 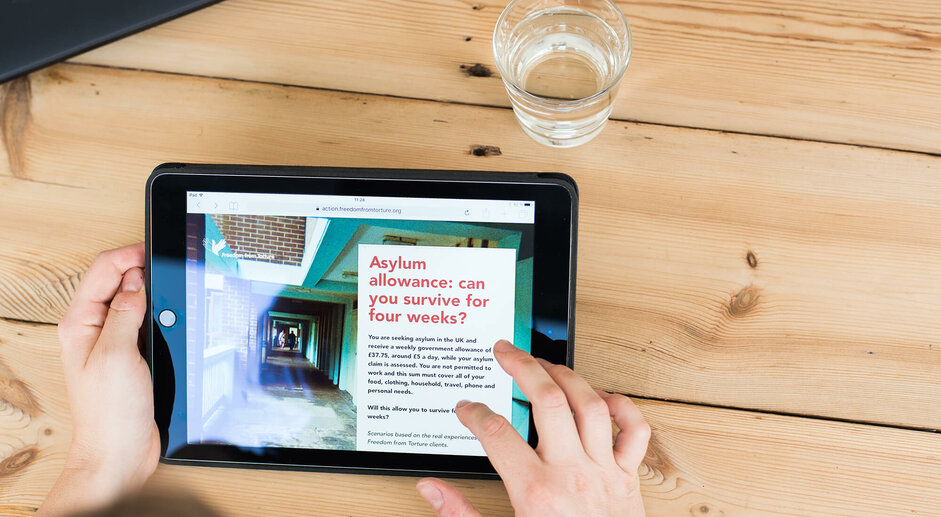 This was Freedom from Torture's first venture into an integrated digital fundraising and campaigning project, and more onion were excellent partners to work with across the project - from landing pages to campaign strategy! We achieved our primary goal of demonstrating a viable new regular giving recruitment channel. Plus the project also kick-started wider improvements to our digital reach, engagement, UX and journeys.

We helped Freedom from Torture to create a large pool of highly engaged supporters, who wanted to support the organisation's work in a number of ways. Their list quadrupled in size, they recruited hundreds of new regular donors, increased the reach of their messages and put the organisation in a much stronger position for future campaigning and supporter fundraising work.

Through rigorous testing, iterations and analysis we're also in a powerful position to build on this success in the second round of this project, which we're kicking off right now.

We supported Freedom from Torture to generate brand new leads from a mixture of sources. This included actions on change.org and Care2 but also Facebook and sharing. We designed content, wrote copy and ran tests to develop the most cost effective ways to bring suitable leads into the project.

Once new sign-ups were recruited, the heart of this project was the supporter journeys. Using automated emails and the powerful Impact Stack/MailChimp integration, we were able to create tailored journeys that responded to the supporter's own past actions and timeline.

We developed a series of email journeys that fit together into an unfolding narrative of the organisation, up to 23 emails were sent to each user, spread over the course of four months. Each had meaningful ways that the supporter could get involved and each offered something to help them better understand the organisation's work, why it was so important, and their place in it. With Christmas on the horizon and a fixed launch date for an advocacy campaign, we grouped new supporters into cohorts, so that the order of the journey could be changed depending on when the user first joined the list. This ensured that even within an automated system the emails felt timely. This also created great opportunities for testing and refinement.

As well as designing these automated journeys, more onion built them in MailChimp, wrote the copy, built the landing pages in Impact Stack and managed a system of tracking and testing to constantly optimise performance. 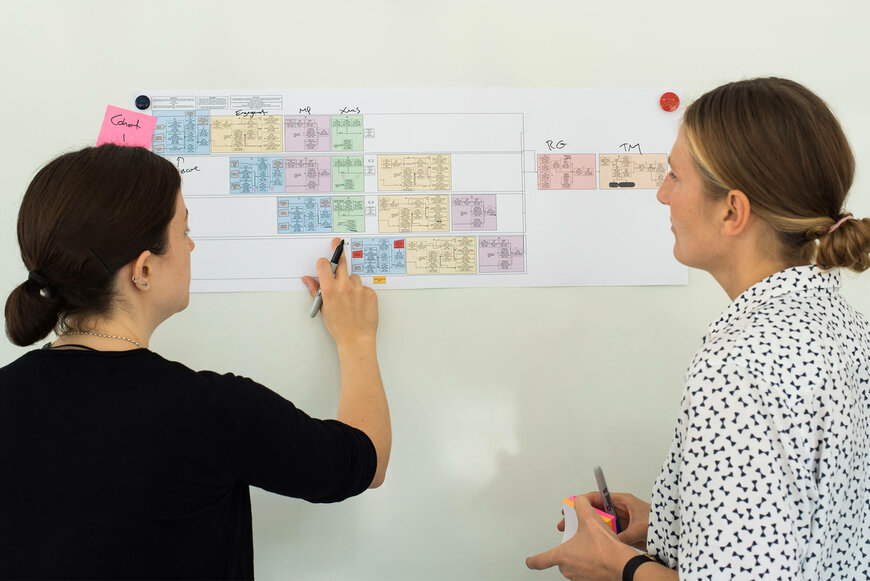 The success of the supporter journey hinged on providing meaningful ways for the new supporters to engage. Talking at someone isn't enough to build a relationship.

So we worked with Freedom from Torture to develop two meaningful campaigning actions around the planned launch of a new advocacy campaign. This was the first public campaign that they had ever done. We also created engagement actions to connect users with the beneficiaries of the organisation's work. These non-financial actions were all tied up into the same broader narrative as the single and regular donation asks, making donations feel like the natural next step in the supporter's journey. And the results showed our premise to be true; people taking campaigning and engagement actions were dramatically more likely to give money.

Freedom from Torture's brand recognition was fairly low. It was therefore important that we were able to convey what the organisation does and why it's so important to these new users in a way that they could connect with. We achieved this through a number of story-telling formats. First person stories were told in emails, engagement actions, blogs, and even as a short digital comic book.

More onion has designed, built and optimised over 100 donation pages and payment forms over the past ten years.