We have been working with CARE International UK for over two years helping them to recruit leads, engage them in CARE’s work and convert them to donors through personalised and fully integrated supporter email journeys. 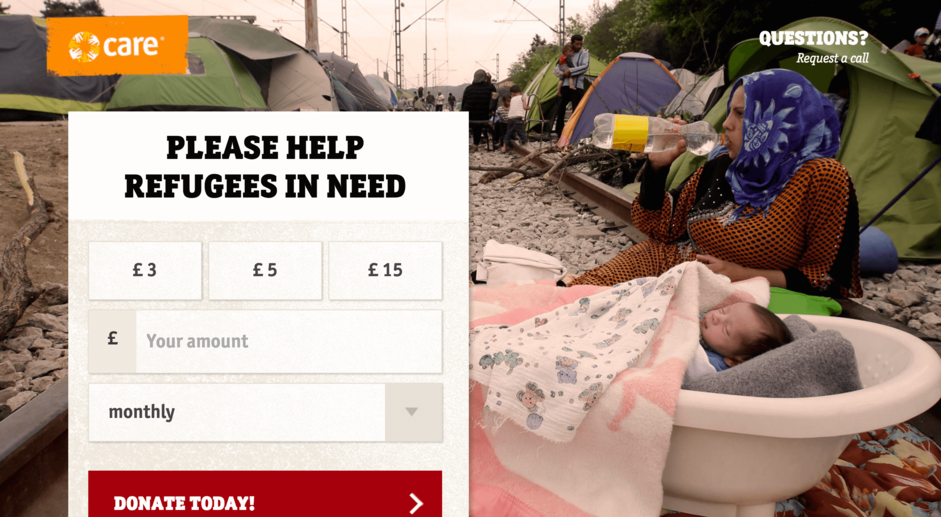 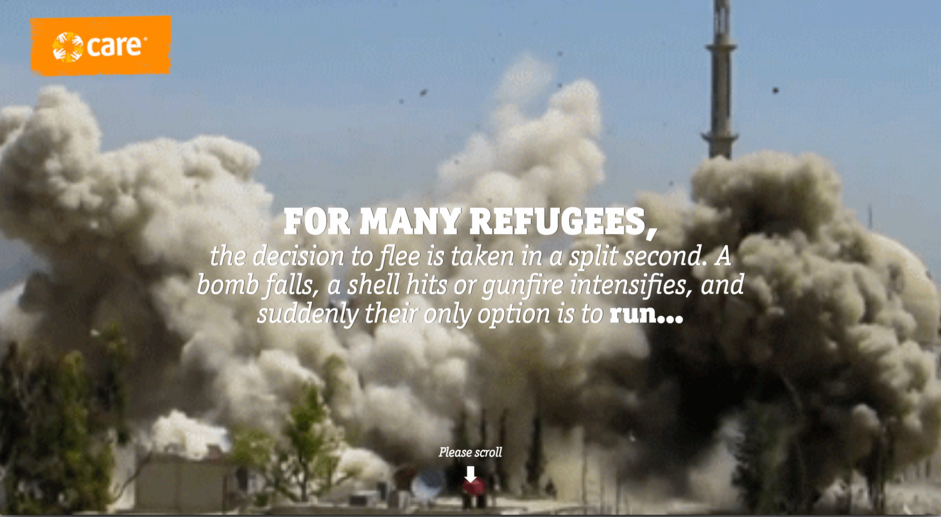 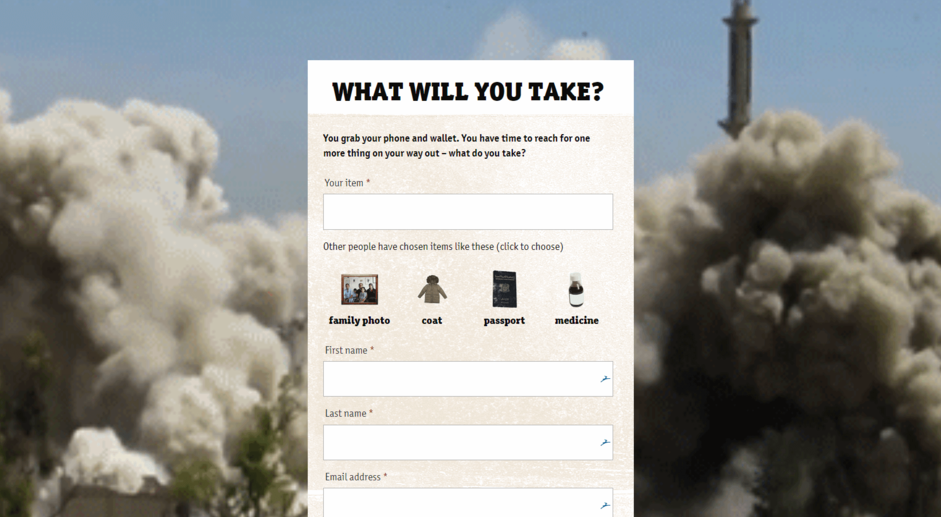 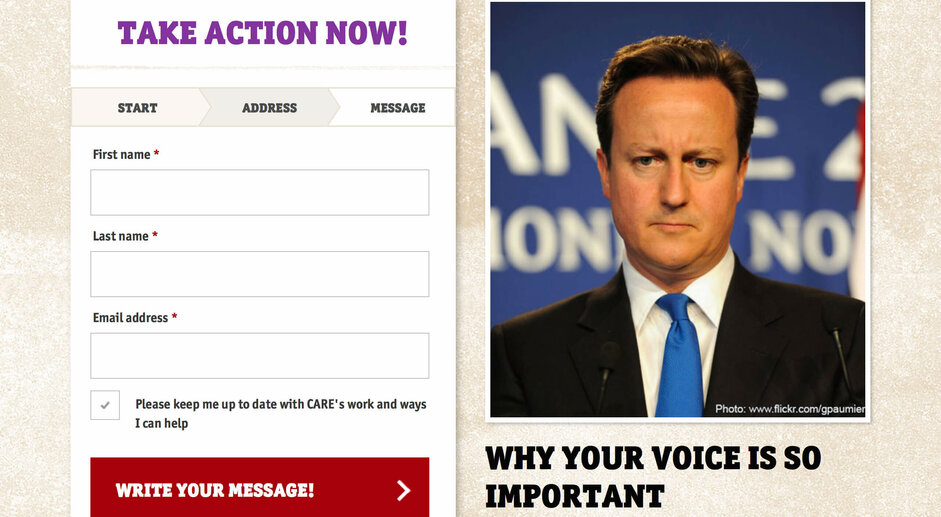 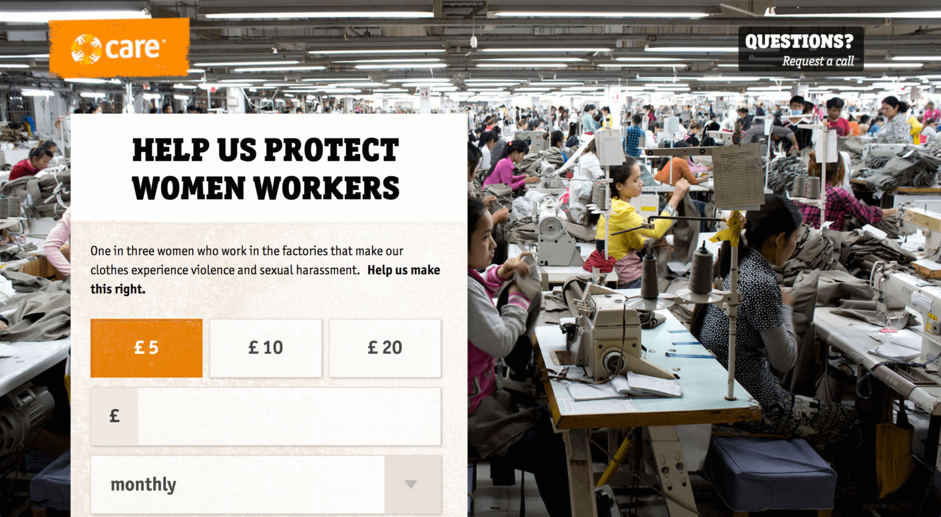 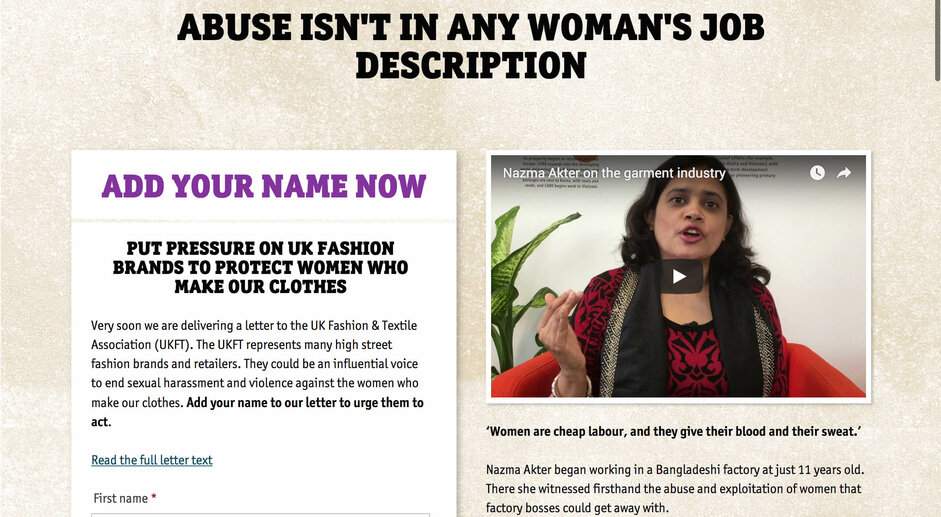 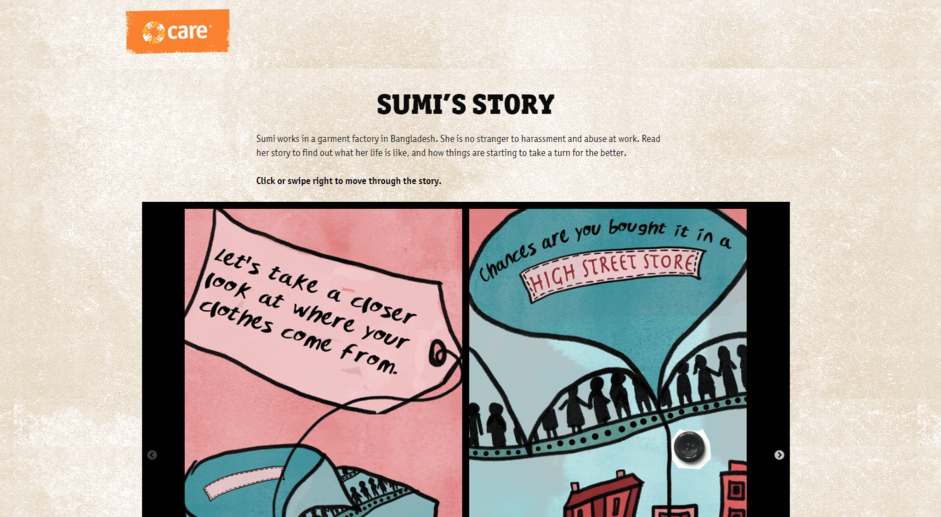 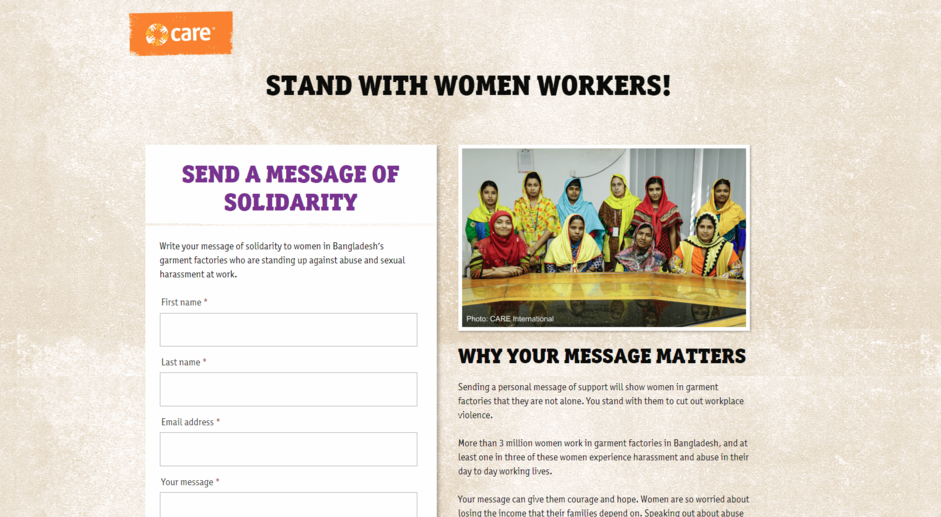 It's rare to find an agency that is fully committed to meeting your expectations, that thrives on being challenged and firmly believes in the spirit of partnership. In More Onion we found great customer service, talent, flexibility, passion, resilience, technical expertise, creativity, fundraising know-how and partnership. Our fruitful relationship with them has given clarity to what more we can do with our digital fundraising and paved the way to a brighter future here at CARE International UK

The project’s first year recruited more regular donors than from any other digital conversion programme that CARE had previously run. Retention rates for donors recruited through this project have proved higher than other channels, including face to face and telemarketing.

The project helped secure campaign wins including helping to get a Refugee Family Reunion Bill passed in the House of Commons, and securing the support of a leading garment/fashion industry body for a new International Labour Organisation (ILO) convention. Over 15,000 CARE supporters also signed a letter to the UK government asking for their support too, and the new convention was subsequently passed, meaning that women across the world will soon have legal protection from violence at work for the first time.

Would you make a long term financial commitment to someone you just met?

In 2016 CARE were looking to increase the use of digital channels for the acquisition of new regular donors. We knew that investing time, and using digital tools to build a meaningful relationship between supporter and cause, would deliver increased conversion and retention rates by focusing on the supporter, their needs, interests and timetable, not the organisation’s.

Kicking off with low bar asks like signing a petition, the content of the journeys slowly built up a picture of the charity and clearly showed a supporter how important they are in achieving CARE’s goals. The journeys contained a range of rich content and engagement options, such as telling case studies through the medium of a comic book, and exchanging messages between supporters in the UK and garment workers in Bangladesh.

More onion led on all aspects of these projects including strategy, creative concept and design, writing copy, building and optimising landing pages and designing and implementing automated email journeys. By managing all parts of this project, we were able to seamlessly connect website and email tools, and work to continually monitor, adapt and optimise the journeys and content.

How we did it

Our experienced digital communications and mobilisation specialists designed a conversion strategy based on engagement and relationship building, putting the supporter at the centre.

Brand new supporters joined the journeys in a trickle from a variety of sources. We needed to make sure that no-one was left too long before being contacted, or worse, dropped into a journey at a strange or jarring place. By designing the journeys using almost exclusively automated emails, each individual’s communications were tailored. Journeys started as soon as the supporter’s data arrived in Mailchimp and each subsequent email was sent a fixed number of days after they received the last email or took a specific action, rather than according to the organisation’s timetable. An individual’s journeys were also shaped by their actions and interactions, for example key emails were re-sent to people who didn’t open them, and taking one of the campaigning or fundraising actions meant you got special thank you and feedback emails.

This approach allowed us to design journeys that were truly supporter-first. 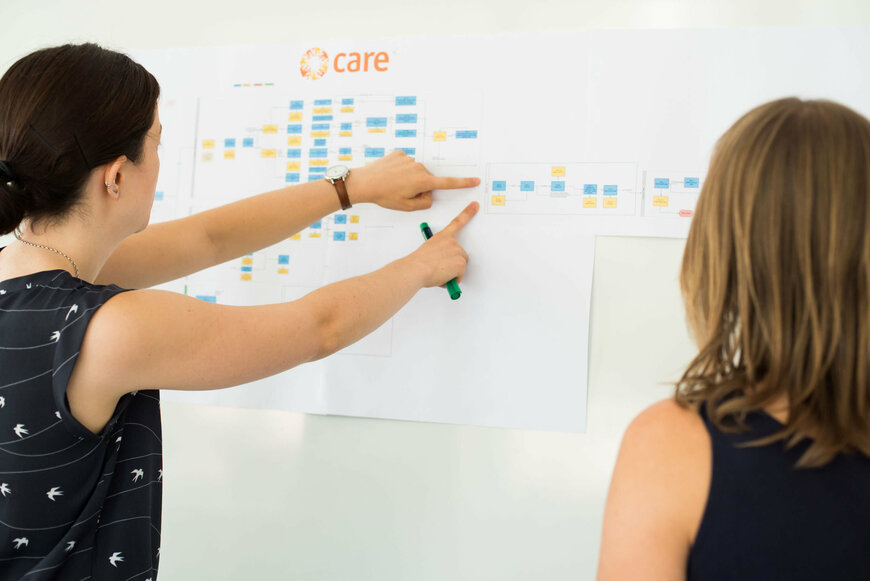 By focusing on the users needs, not internal divisions, we developed journeys that seamlessly connected campaigning and donation asks, with each reinforcing each other and deepening overall engagement.

All webpages, action pages and donation pages for this project were built using our Impact Stack technology. From loyalty landing pages that immersed you in a narrative, to clean and highly usable donation forms, we built, tested and optimised it all. We also created a series of beautiful bespoke templates for CARE’s Impact Stack pages.