Our Fish List building and technology in four languages

More onion helped Our Fish to kick start their campaigns by delivering strategy, technology and execution. 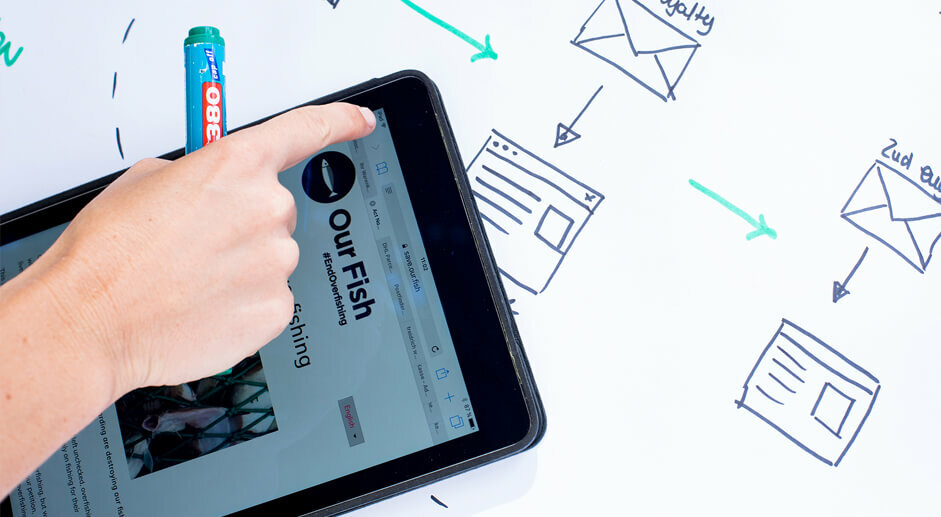 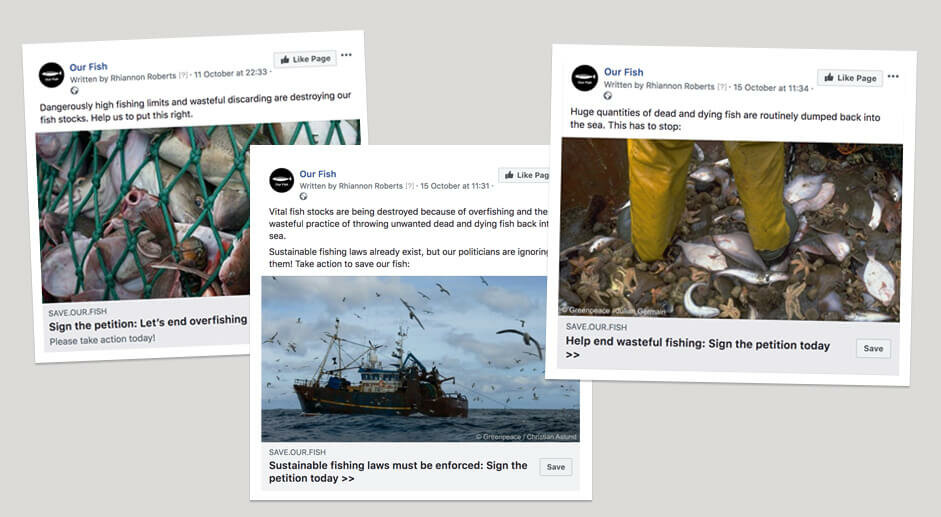 The More Onion team are professional, flexible, and great to work with on digital mobilisation.

Our Fish are a small team with big ambitions to end EU overfishing. They were already doing fantastic advocacy and media work, and wanted to start campaigning with supporters too to increase their influence with key EU Ministers.

In just six months we helped grow the Our Fish supporter list from almost zero to around 40,000 supporters opted-in for email. 35,500 of these new supporters signed a petition and over 6,000 sent emails to their Fishing Ministers, using our Impact Stack platform.

We delivered a range of services to help Our Fish achieve their goals. All content was delivered in four languages (English, German, Danish, Dutch) to allow us to effectively mobilise in target EU countries.

You can’t campaign without campaigners, so our first task was designing and executing a supporter recruitment strategy to recruit the right people as fast as possible from a diverse range of sources. We designed and ran Facebook ads to generate around 20,000 opted-in supporters and the rest were recruited using services such as Care2 and OpenPetition.

Our Fish already had an excellent influencing strategy from their staff-led advocacy work. More onion helped to develop the public campaigning part of this influencing strategy. We selected key points of intervention when public support could have the greatest impact and designed campaign actions for these moments (which were often different for different languages/countries). We also wrote supporter copy which took a complex and scientific issue and made it clear and accessible for a broader audience, designing actions that made sense for the supporter and the target. 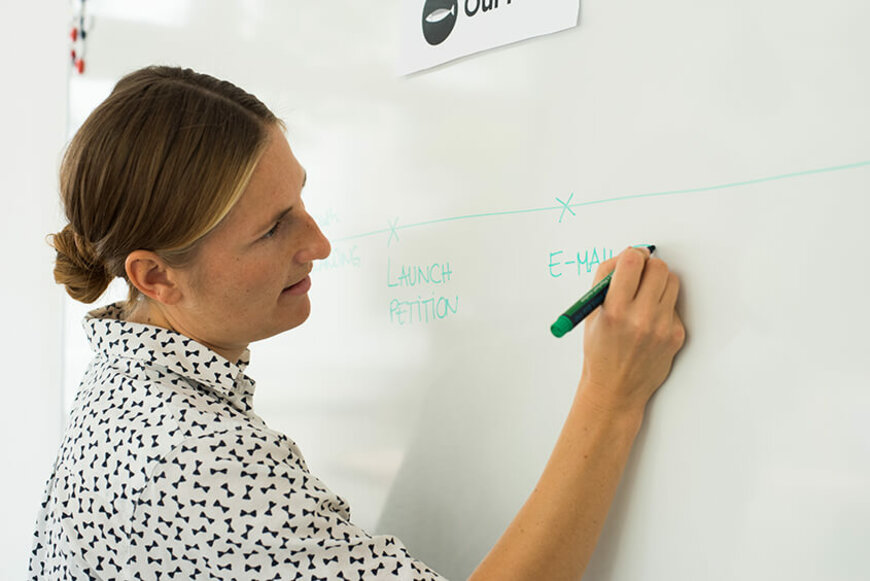 We provided Our Fish with our Impact Stack technology platform, which was used for all of the Campaigning actions. We created a landing page template to fit their brand and created a range of associated design assets to help simply tell the story of what overfishing is and why it matters.

We designed supporter journeys for each of the four markets (English, German, Dutch, Danish) which featured a mixture of automated and scheduled emails. This meant that we were able to welcome people to the list within just a few days, regardless of when they signed up, and we were able to ensure a steady stream of loyalty, engagement and campaign reminder emails throughout the year. We complemented these emails with a selection of emails set to send on specific dates, for example 7 days before a key vote. We wrote copy for, built and launched emails and landing pages. 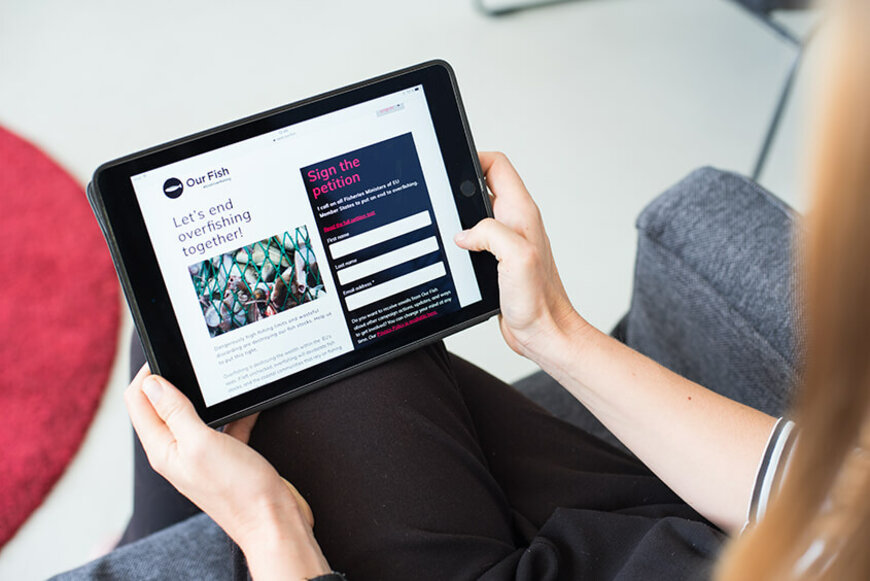 Quiz: a fun way into a serious issue

As a part of the supporter journeys we wanted to create an engagement piece that would help increase understanding of the issue in a light and friendly way. After idea generation and selection sessions, we decided to make use of fantastic pictures that were already available, of naked celebrities holding fish at risk of overfishing. We wrote and built a playful quiz which asked the supporters if they could name the celebrities’ fishy co-stars. This quiz was designed to be able to live on beyond this specific campaign and can easily be repurposed for other welcome journeys and campaigns. 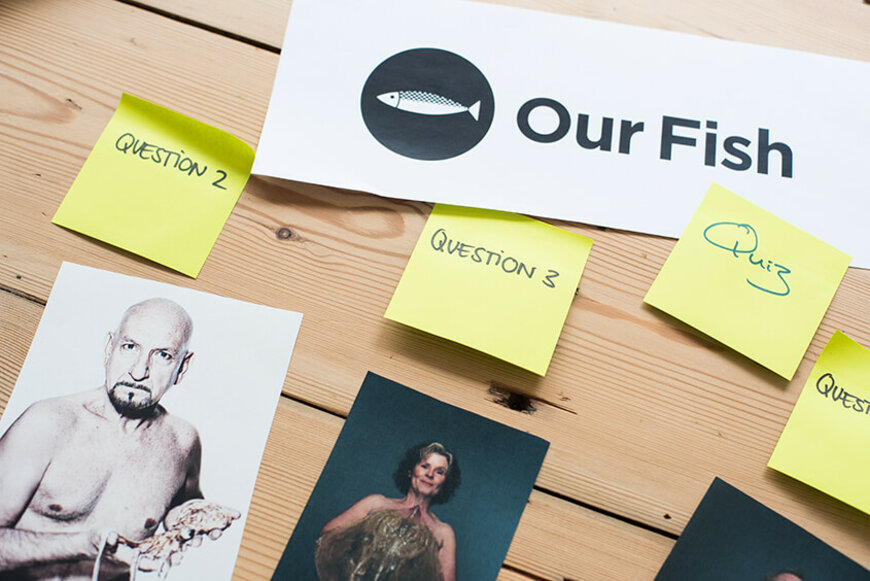